NORTHERN CHEROKEE NATION
Cherokee Native Americans and Their Descendents - Descendants
The following post was on the CHEROKEE NATIVE AMERICANS AND THEIR DESCENDENTS post on Facebook.  We thought it was worth sharing.  If you have thoughts or comments, feel free to email those to:   northerncherokeenation@gmail.com.
--  The Northern Cherokee Nation


Some Folks Ask About This, so here goes:

​Another POW WOW!  I’m so tired I must go back to work to rest up.  I am sure many others feel the same way, after three-plus days of 100-degree heat and Missouri humidity.  But on the plus side, no rain!

We also had other events in the area and of course it was Father’s Day and still a good POWWOW. It helps a lot when you have the best Drum in the Midwest.  HOST DRUM: WHISKEY CREEK
MC; Carrie Smith
HEAD GOURD DANCER: Jim Binkley
HEAD MAN DANCER: Jason Thigpen
HEAD LADY DANCER,
Ianuquan Lone White Eagle
Thanks to Joe Woodall, Roscoe, and the rest of the drum.

Equa Wado, to Twila Hawkins and everybody who donated to our auction. We had some great items from our vendors.  Wado to Mike Wandering Wolf, Tina Two Horses, and everyone else who worked and stood out in the hot sun to make our auction a success.

Many Wados to Guner and Hunter Cornelison for their nonstop hard work.  First class young men from a first-class family.
Before I continue, I would like to thank my Deputy Chief for all his hard work long before the powwow in getting our grounds ready. White Crow spent many long hours on ground preparations. (Remember the rain last year).

Wado to our Marshall, Tony Running Wolf and all your deputies for making sure we were all safe.

If I thanked 40 or 50 Tribal Citizens, I would still miss a few, so Wado a Hundred times over.  Oh, just one more thing. Our Kitchen Staff, first my wife, Mrs. Chief (or Busy Red Bird) Jane Buffalo Sister, Cindy Little Bear and a special thanks to Michelle Mockingbird for helping to get the fry bread ready Saturday morning (while Buffalo Sister was working with the Chief) you were a life saver!  Tons of thanks to all our awesome vendors and of course, you the audience,  who braved the heat and made this another success

Until next year, Wado to all!

Click Flyer to download a printable copy.
FOURTH OF JULY PARADE COMING UP
CHECK BACK FOR DETAILS COMING SOON
Click here for the 2022 Council Meeting Schedule

Please consider a donation to the Northern Cherokee Nation.  Make a donation through our PayPal button on our website, northerncherokeenation.com or mail your welcomed check(s) to Northern Cherokee Nation, P. O. Box 413, Cuba, Missouri 65453.  We also accept Staples gift cards and Wal-Mart gift cards.  Feel free to call anytime at 660-885-7779.  Remember this is your tribe, we do not receive state or federal funding, we are a 501c3 not for profit. We depend on your help.
Also support our Northern Cherokee Nation with the latest information about you.  If you are newly married, had a name or address change, let us know.  Please update your email addresses, mailing address, marriages, name changes, and family deaths.  Send updates to northerncherokeenation@gmail.com or call the tribal office.

SCHEDULES, DATE CHANGES, CALENDAR:  Our webpage has a complete listing meeting dates and times.  Our Facebook page also shares the schedule of our events and activities.  When all else fails, call the tribal headquarters in Clinton at 660-885-7779, Monday thru Fridays.  Please remember Buffalo Sister is an UNPAID volunteer so she may not be there every day. Leave a message and return phone number and she will call you back. 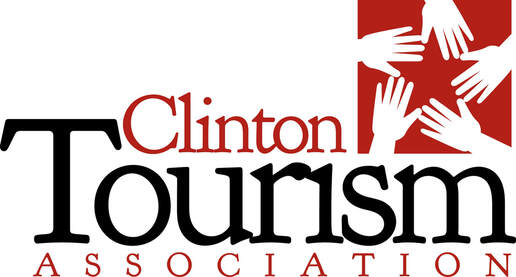